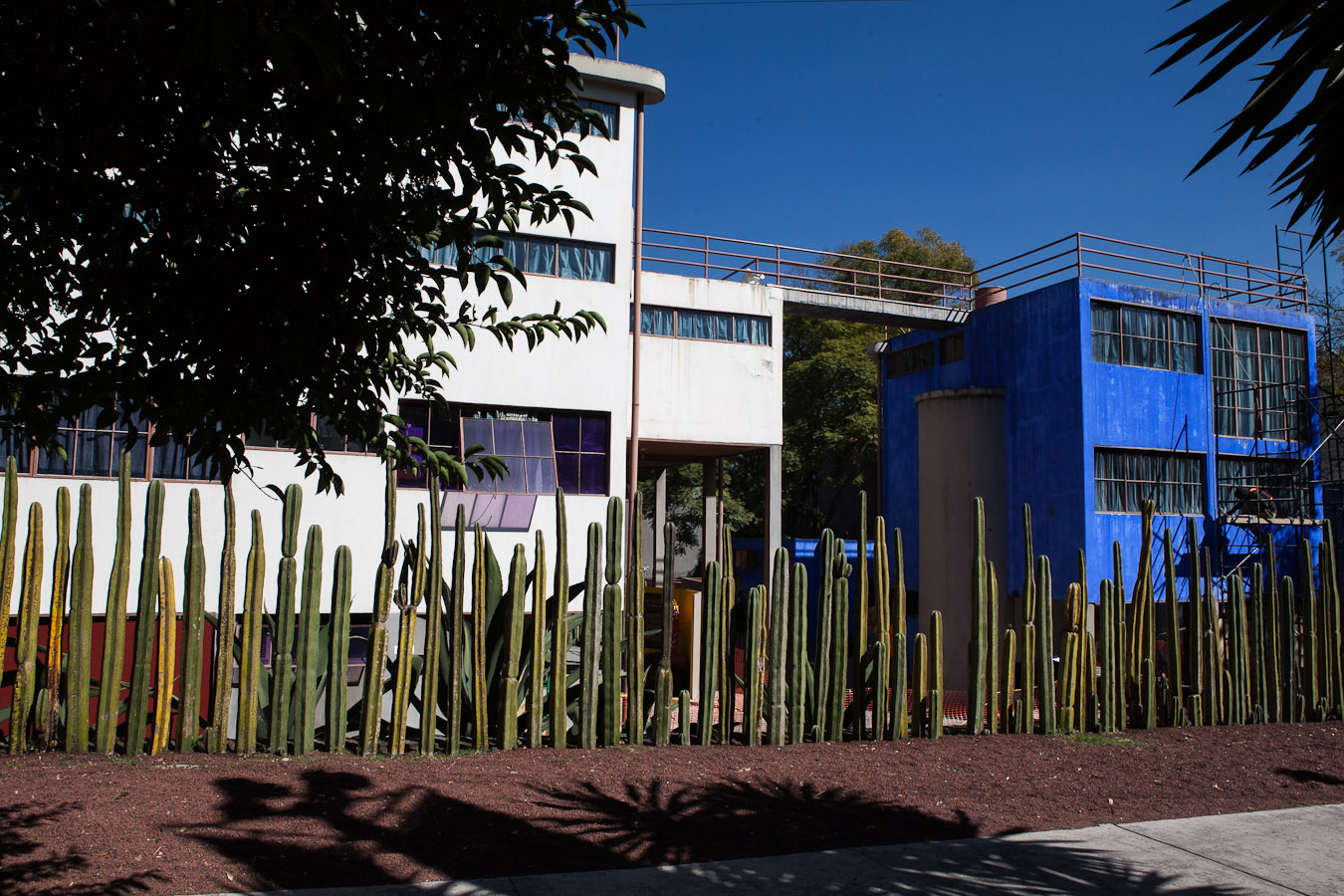 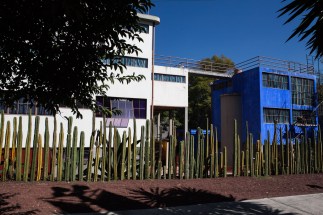 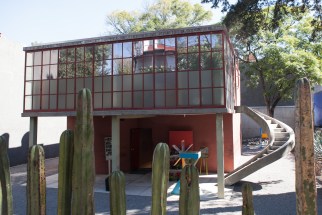 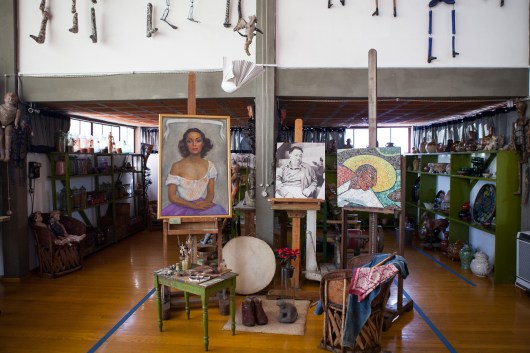 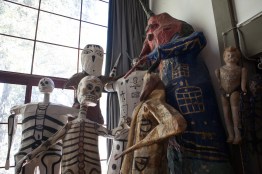 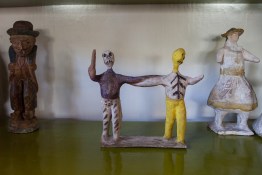 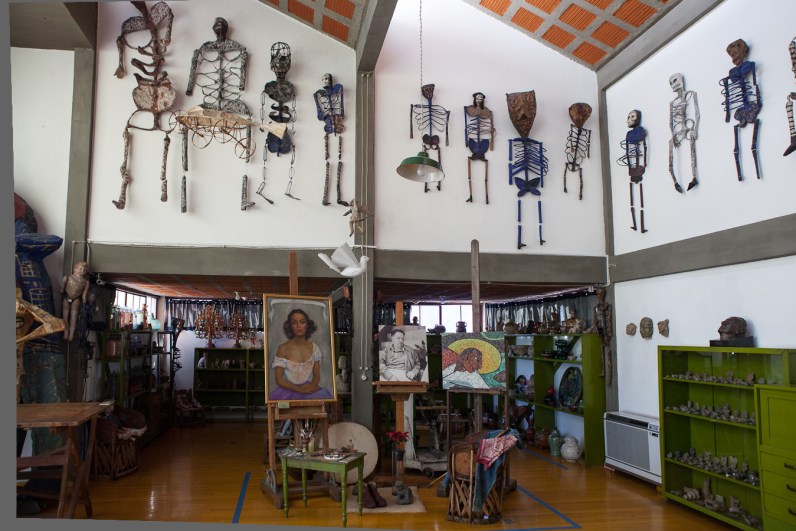 Fans and art enthusiasts must visit the house and studios of Diego Rivera and Frida Kahlo – two of Mexico’s most iconic and popular artists during the twentieth century in one of the most iconic cultural landmarks in Mexico City. Designed by Juan O’Gorman a close friend of Rivera it was the first construction of the modern movement in the American Continent. It combined Mexican architecture with functionalism influenced by architects such as Le Corbusier developing in Europe at the time.
The destination once served as both the art studio and residence of both artists and well as a home for O’Gorman and opened its doors as a museum in 1986, then became a cultural heritage site in 1998. The property features two houses belonging to the artists, both on the same plot of land in Colonia San Angel, an area of Mexico City.
Throughout the museum, visitors will explore exhibits dedicated to highlighting the ceramic works and studies of Diego Rivera, as well as a number of his art tools and personal belongings – on display are pigments, brushes and a range of crafts. The space also features personal effects of Frida Kahlo. Depending on art preferences, the number of visitors to the Rivera home and studio are often far less than the Kahlo home.
The museum has showcased hundreds of exhibitions detailing culture and art – pieces featured at the museum have also been a part of international collections, traveling beyond Mexico to New Zealand, Spain and the United States. Visitors to the studio may also find a number of monthly presentations to enjoy, including lectures, book readings and workshops. 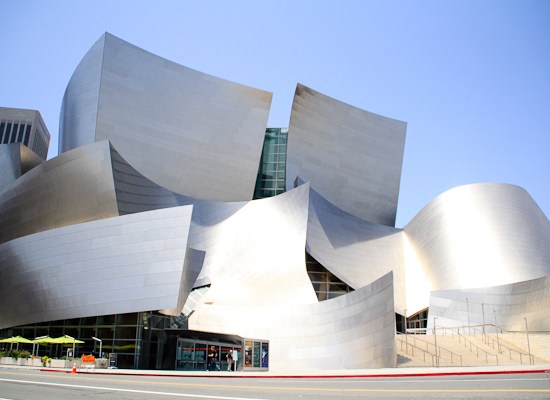 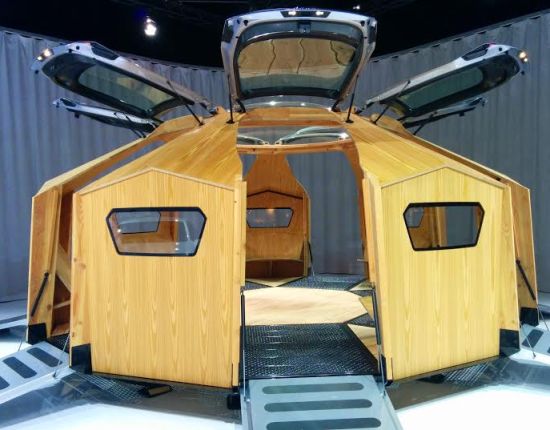 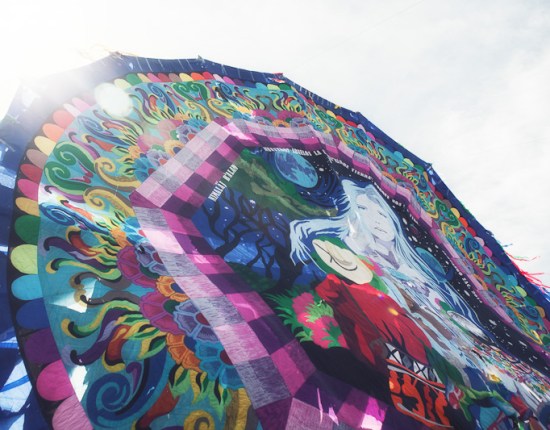